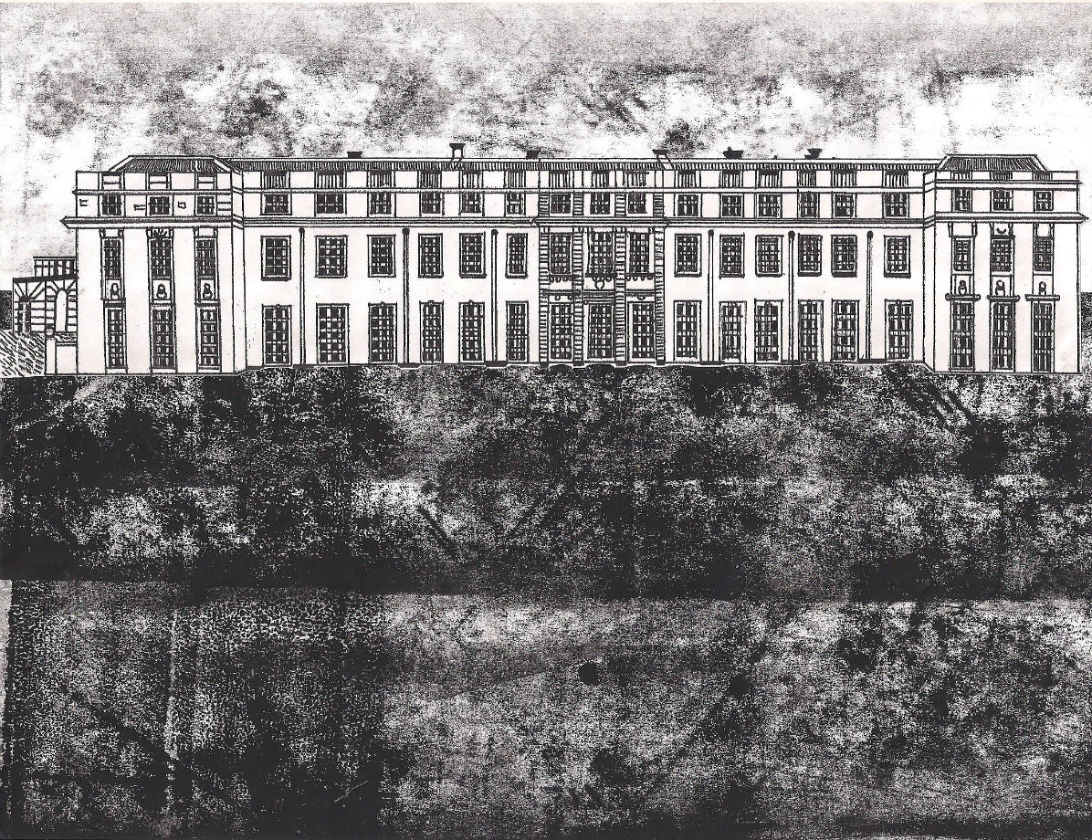 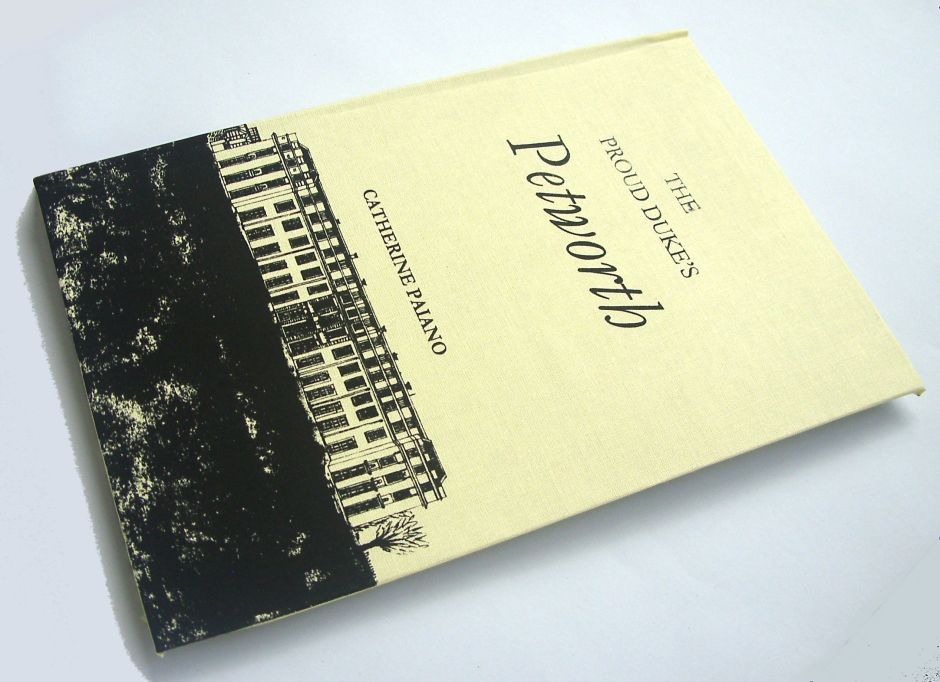 The Proud Duke’s Petworth is a book that I wrote, illustrated and hand bound. It is a narrative which explores the lives of the Duke and Duchess of Somerset who lived at Petworth House, and how the Duke took his wife’s wealth to reinvent the House into the magnificent museum it is today. It also explores the roles of women in a 17th century aristocratic society in relation to ownership and autonomy which I really wanted to explore further in the book. 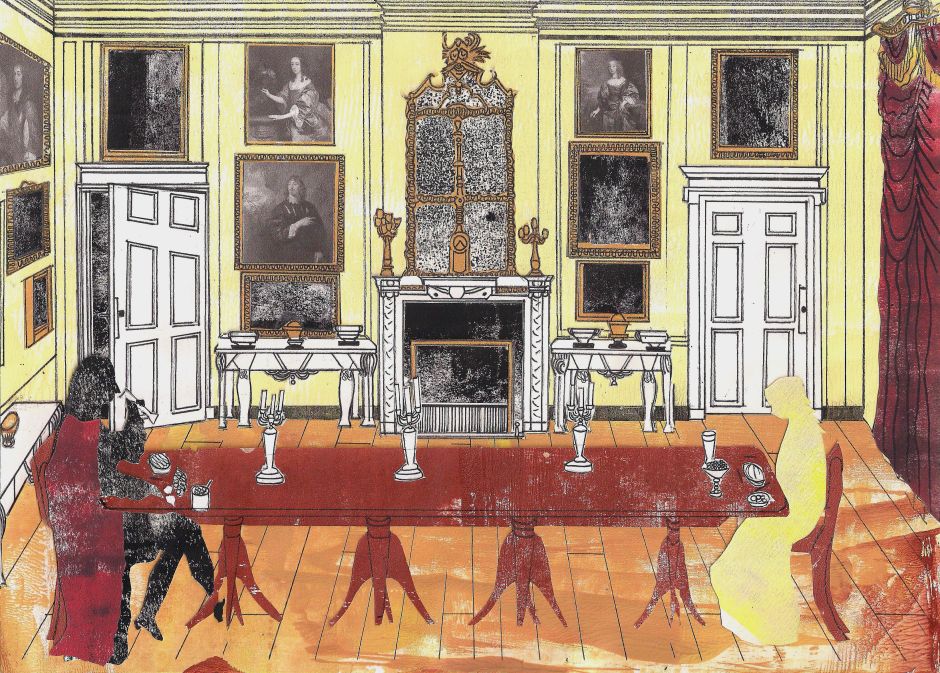 Historical events and places always have fascinated me as there is something so intriguing about stories from long ago. What fascinates me the most is how these places and people are not so different from those of our world today; they just wore different clothes and owned grander houses.

The story of the Duke and Duchess first intrigued me after a few visits to the House. Originally my project was to be a reportage one, illustrating Petworth House as a remarkable museum. However, I thought that diving into a narrative and presenting it to a viewer through the format of a book would make my project a lot more denser and interesting. After a few more visits I was confident that this story would be quite an interesting one to bring to light.

Mono print techniques were used to create an atmospheric eeriness to some of the illustrations as mono print can appear to be visually unpredictable as a print technique. Therefore, I only needed to use a little bit of collage or drawing to accompany the mono print as I didn’t want to image to appear too crowded and not communicate the message I wanted, with the viewer. I restricted my colour palette for my most important illustrations in the story to draw the eye into certain areas first or to highlight certain symbolism I wanted to emphasise. 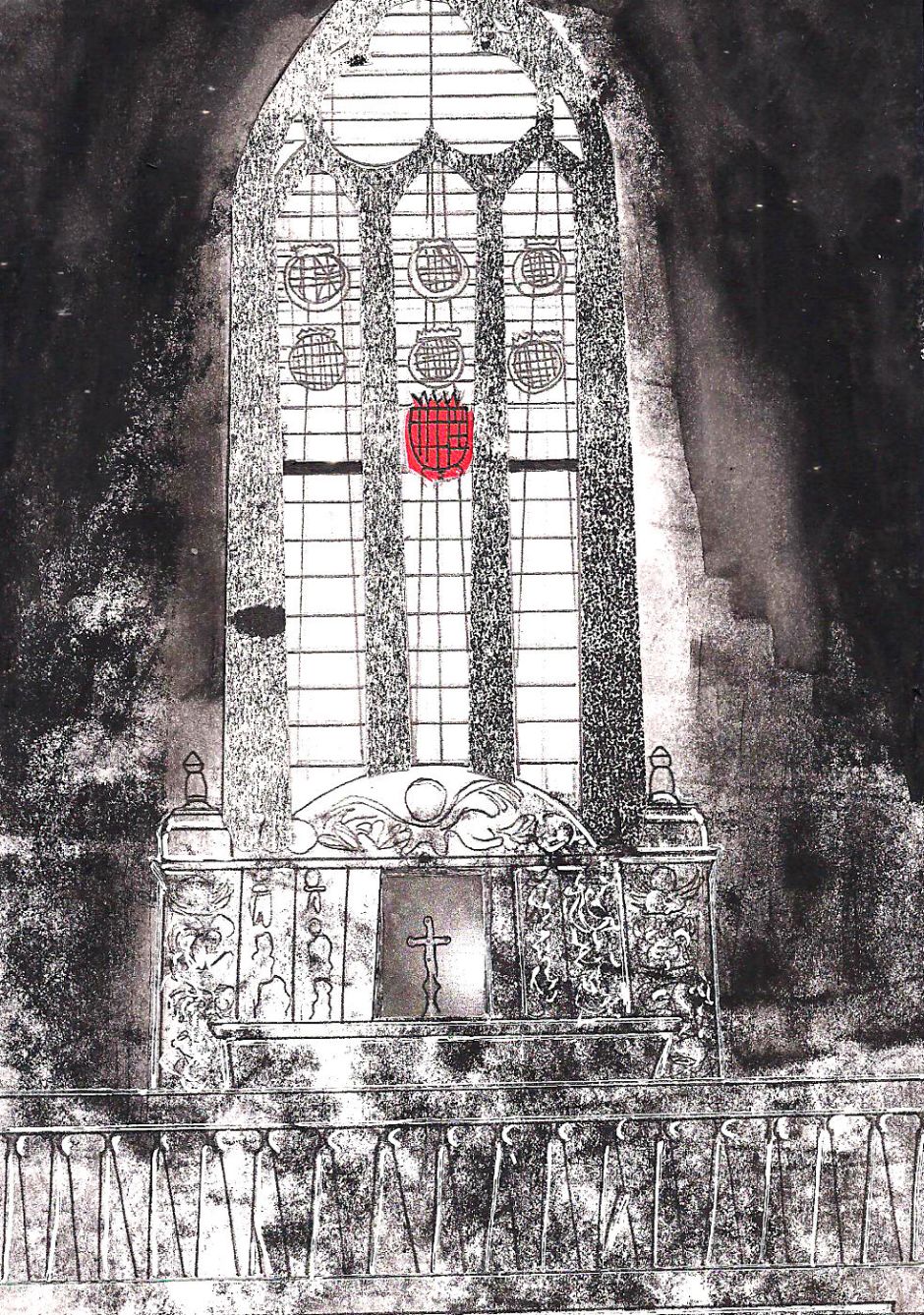 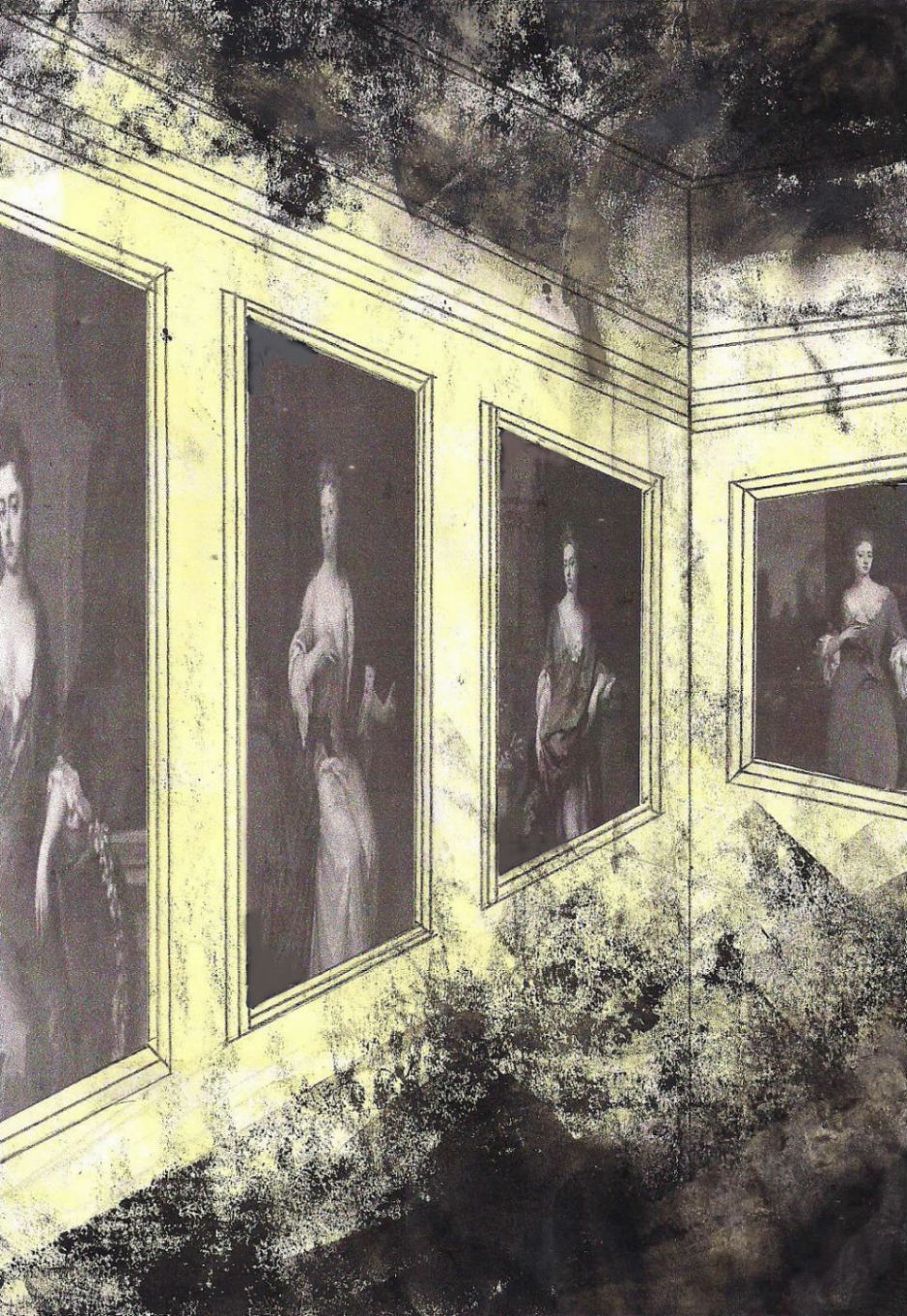 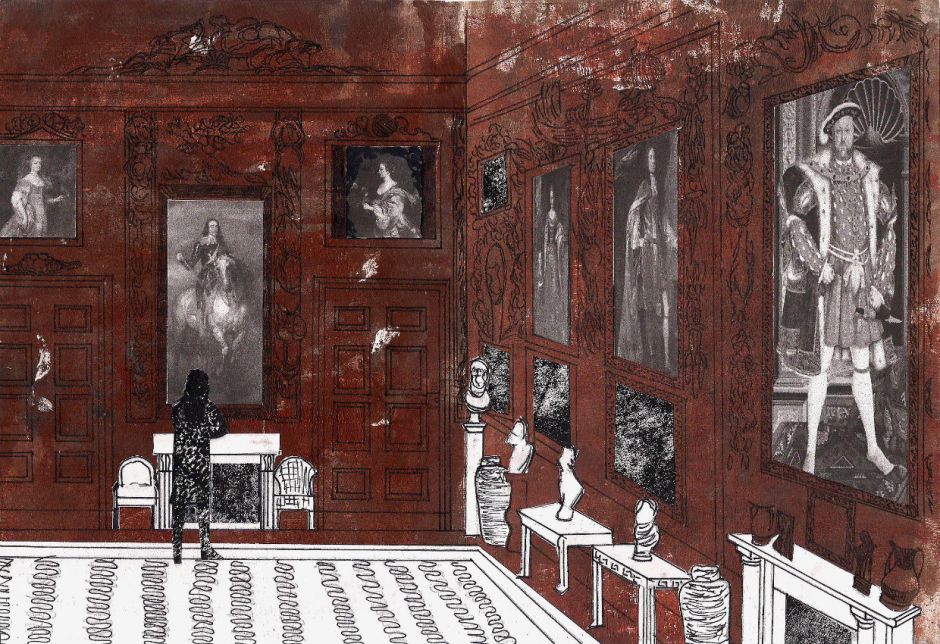 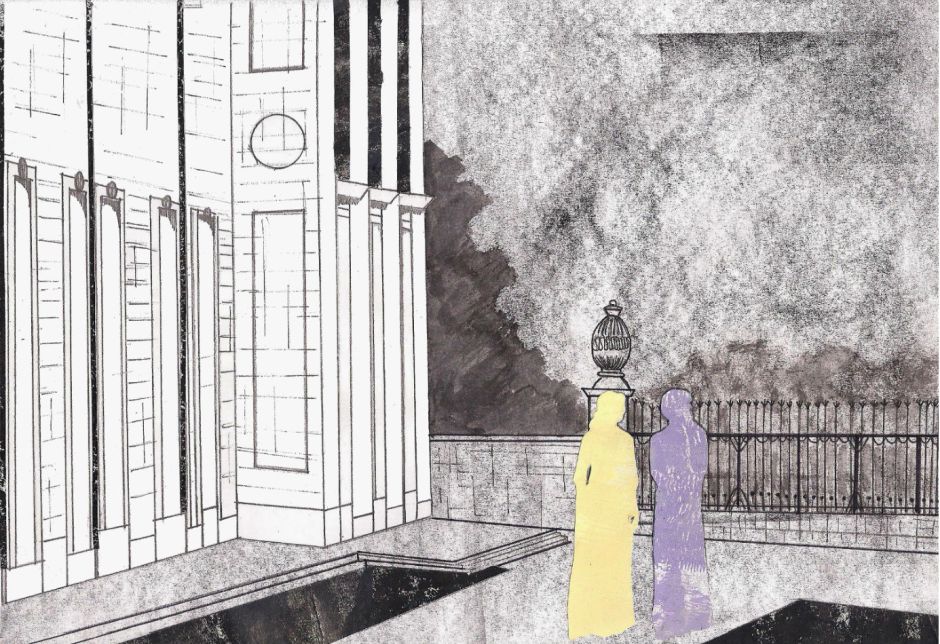 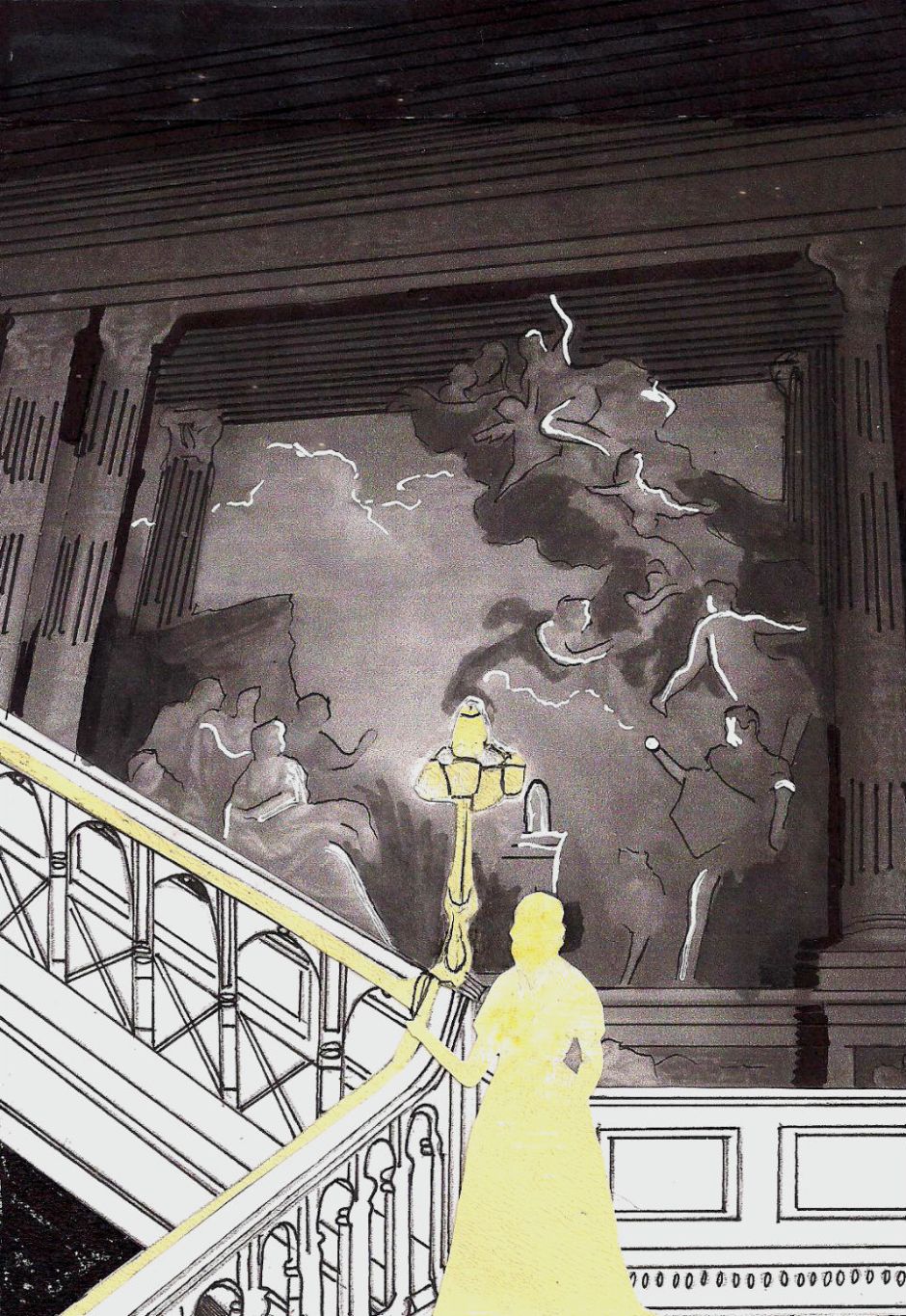 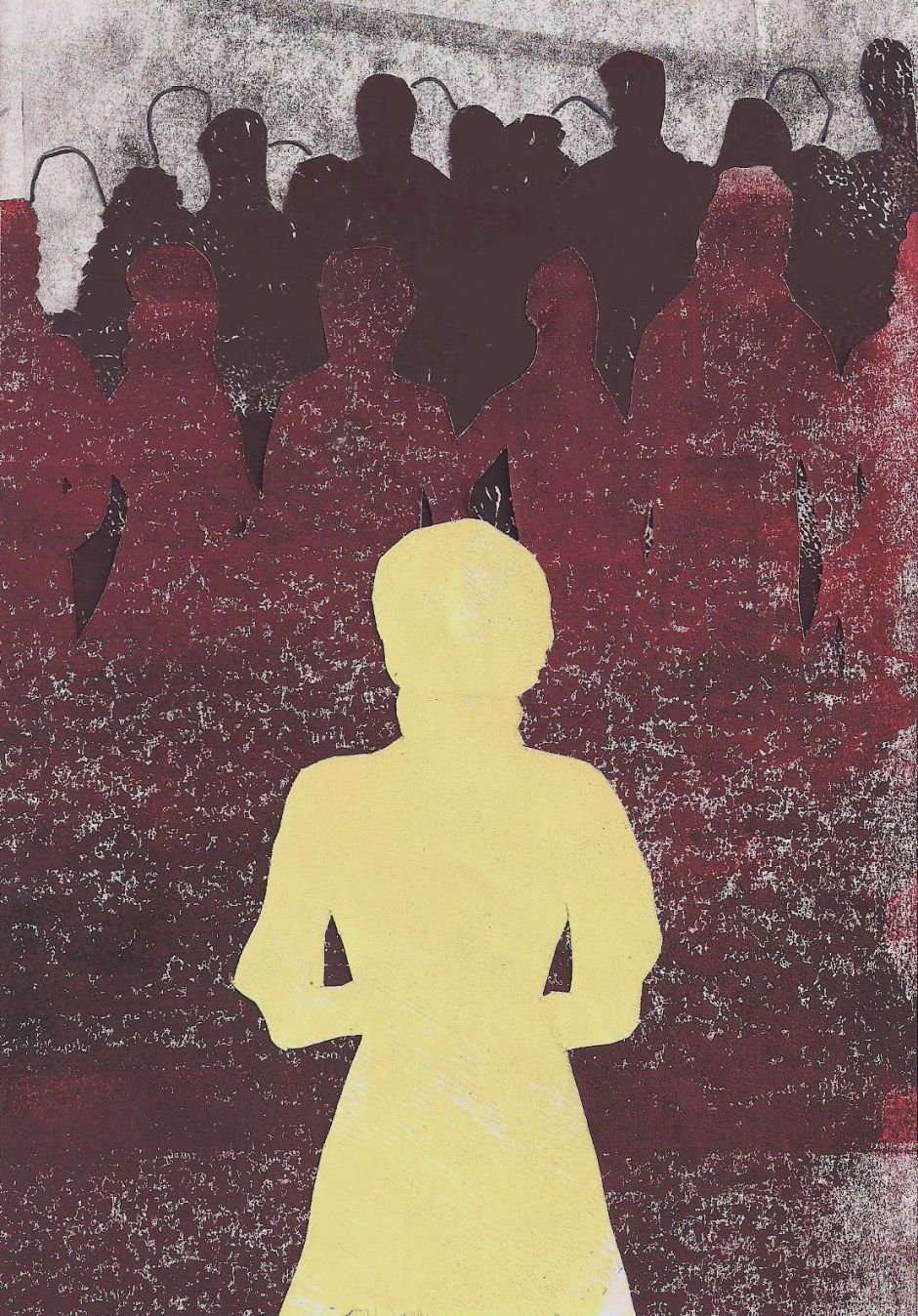 Brighter and more garish colours combined were used to emphasise a different tone. I used silhouettes of people instead of drawing details of people as I wanted to colour code certain characters in the story to highlight the colour symbolism associated with that character. Portraits and paintings also played a huge part in the story. I scanned and collaged the portraits and paintings found in the rooms in the House. Using collaged paintings in black and white gave a break from the textures I was using in my illustrations. 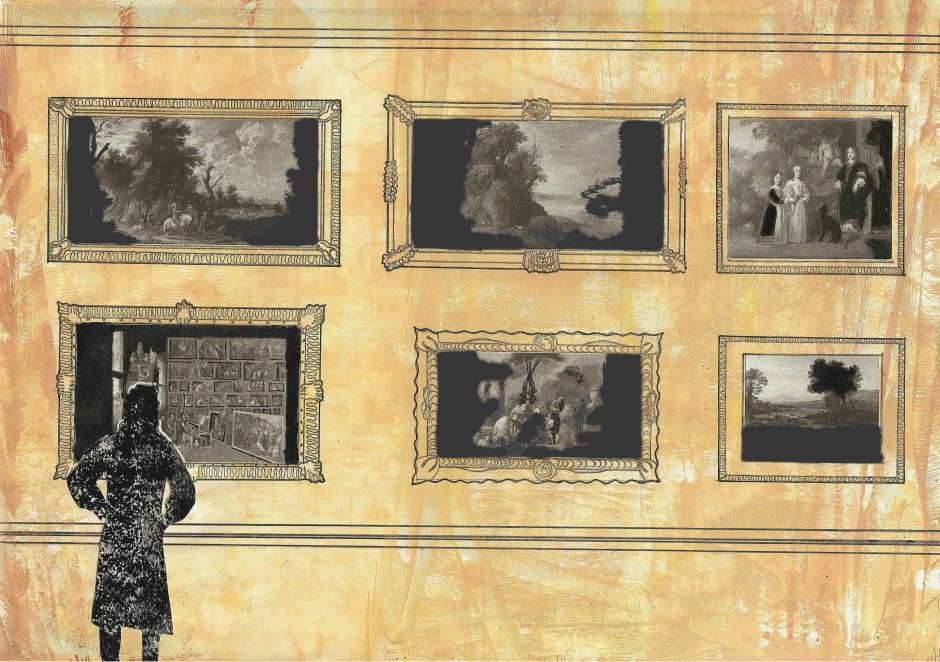 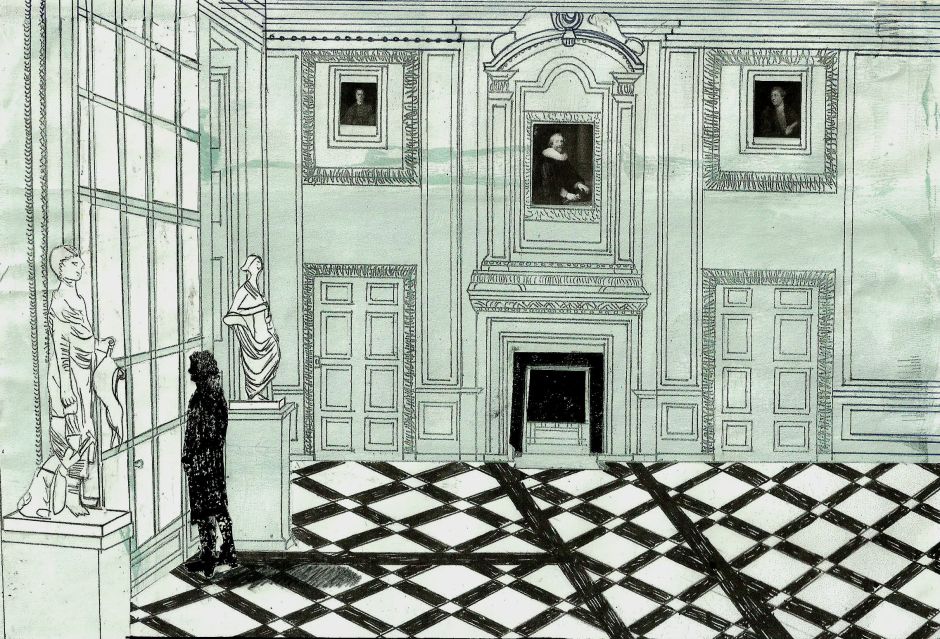 The typography I used was simple as was the way I placed it on the white page. The cover was hand bound using a hardboard with a screen-printed book cloth covering it. The cover includes the house and the park it is surrounded in and the image continues on the back cover to create one long image when the book it fully opened. The black and cream contrast each other and matches the colours I used for the Duke and Duchess in the story.

Writing and illustrating this book was really enjoyable as I developed my knowledge on narrative and storytelling a lot more. Not only was it an interesting personal project but connecting with Petworth House was a great way to gather research and also collaborate with in the future. It was a great personal project to do as I was able to dedicate a large amount of time to encompass myself in the writing and illustrating. It is a type of project which I will be wanting to do again and again.